Dads-to-be: How age can affect fertility and the baby’s health 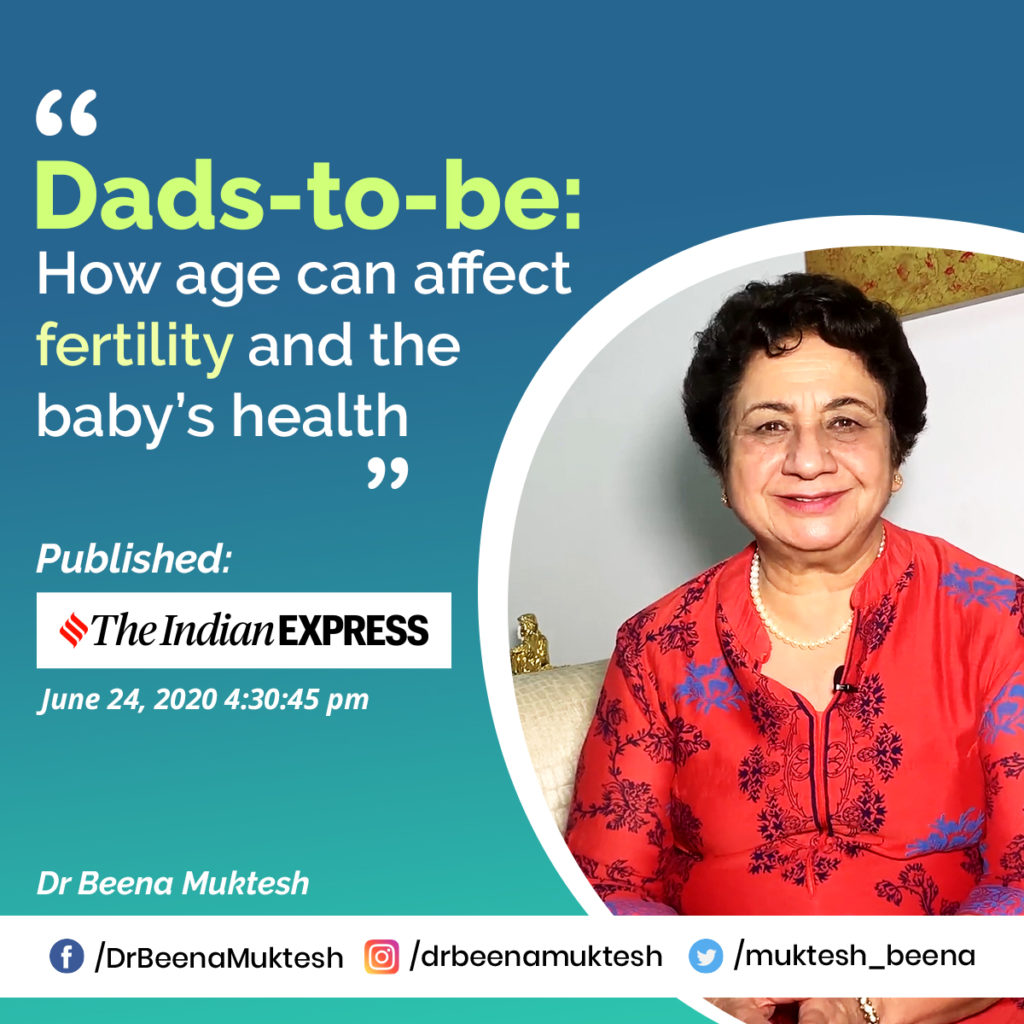 Advances in assisted reproductive technology (ART) have provided renewed hope to older parents who want to grow their family but are experiencing fertility issues.

Fertility, as it relates to advanced age, is becoming increasingly common as more couples defer having children to later stages of life. A woman’s age plays a key role in her ability to get pregnant, but often many of us tend to ignore the fact that the dad’s age is equally important. A woman’s age has long been heralded as the primary factor affecting a couple’s ability to conceive, but is it true that Father Time is always on a man’s side? Does a man’s age affect his ability to produce offspring and are there any implications for the child? In short, does a dad’s age matter? Societal pressures are partly to be blamed for the trend of couples delaying childbearing well into their mid- to late-thirties. Careers and educational aspirations, along with an increased life expectancy and the nearly ubiquitous use of contraception, have decreased birth rates and increased parental age at first childbirth.

Does a man’s age affect fertility? Here is the reason why

People are marrying later, focusing on advancing their careers before considering having children, optionally deciding to have children later in life. Advances in assisted reproductive technology (ART) have provided renewed hope to older parents who want to grow their family but are experiencing fertility issues.

Older men tend to have older partners. Female fertility starts to decline after the age of 30, dropping more sharply after the age of 35. The older your partner, the more difficult it may be to conceive. However, men continue to produce sperm well into middle age and older, providing a more gradual impact on a man’s infertility.

Sperm quality tends to decrease with age. In particular, the shape (morphology) and movement (motility) of your sperm are both likely to deteriorate as you get older, making it more difficult for them to fertilise an egg. You may also produce less sperm as you age. As men age, their sperm undergoes genetic mutations influencing fertility and also creating potential impacts on the physical and mental health of their future children. Conventional wisdom has held men don’t have a biological clock when it comes to their sperm and producing an offspring however with the current lifestyle changes, men need to understand their biological clock is ticking as well.

The conclusions of many studies show male fertility tends to begin its decline after the age of 40 when the production of testosterone starts to wane. Times to conception rise sharply after a man reaches 45 years embryos produced by older men had considerably less chance of reaching the day five blastocyst stage. One study following donor egg cycles indicated a five-year increase in paternal age resulted in a 26 percent decrease in the chances of live birth. The older you are, the longer it’s likely to take for you and your partner to conceive. This is true no matter how old she is.

When should a man be concerned his age may have an impact on his progeny’s health?

A study done in 2010 observed the offspring of men over 40 had a five-fold risk of developing Autism Spectrum Disorder (ASD) compared to the general population. While the relative number may be disconcerting, given the rarity of ASD, what it means in absolute terms is roughly three in 1,000 newborns. Another study done of 14,000 patients discovered children born to men over 50-years-old developed bipolar disorder 37 percent more compared to the general population. Bipolar disorder is relatively uncommon putting the absolute risk level under 2 percent. There is currently a lack of understanding of the impacts of older paternal age on male fertility and the health of their progeny. Unfortunately, certain genetic conditions do seem to be more common among babies with older fathers. You may be at a slightly increased risk of having a baby with the following conditions as you get older, particularly in your 40s and beyond.

A second landmark study from Israel looked into the relationship between the older age of fathers and the development of schizophrenia among their adult children. The study concluded schizophrenia may be partially linked to genetic changes in a father’s sperm cells. The results displayed a gradual rise in progressive risk with a spike occurring after paternal age passed 50 years. Although recent individual studies support the link between the genetic mutations in the sperm of older men and the increased risk of mental disorders among their children, experts remain uncertain if age is the leading cause of these problems, given the vast majority of the illnesses are very rare.

As you age, your sperm is more likely to contain damaged DNA, which can make it more difficult to have a healthy baby. Your partner’s eggs have a built-in mechanism that can repair damaged DNA introduced by sperm. But the older she is, the less effective this will be. That’s why some of the risks of genetic disorders only matter when both the mum and dad are older.

What can you do to protect your fertility with age?

Happily, there’s plenty that you can do to keep your fertility and potency in tip-top condition. The following can all help to safeguard your chances of conceiving a healthy baby:

Eat Healthy. If you’re very overweight, losing a few pounds is likely to make it easier for you to conceive. Some studies suggest that a diet rich in antioxidants may also help, though the research for this is less conclusive.

Stop smoking. Men who smoke tend to have lower-quality semen than non-smokers. Plus, if your partner does become pregnant, second-hand smoke will be dangerous for her and the baby. If you smoke, now is the perfect time to quit, to improve your health and protect your family.

Cut back on alcohol. Drinking excessively can reduce your sperm quality. The NHS recommends drinking no more than 14 units of alcohol a week, spread out over at least three days. Try to stay well within these guidelines while you’re trying to conceive. One unit of alcohol is about half a pint of standard-strength beer or a 25ml measure of spirits, while a small (125ml) glass of wine contains 1.5 units.

Keep your groin cool. Your testicles make the best sperm when they’re slightly cooler than the rest of your body. So you may want to avoid having a laptop resting in your lap, spending lots of time in a hot environment, or sitting still for long periods of time. The research is still out on whether wearing loose-fitting underwear can help, but it may be worth a try.

Minimise stress. Feeling calm and relaxed makes it much easier to get in the mood for sex, and in some circumstances it may actually improve your sperm quality. So if you’re trying to conceive, take it easy as much as possible.

At the end of the day, in a society having placed the utmost importance on maternal age, it has been confirmed a father’s age matters too. This paradigm shift means both mom and dad will now need to check their ticking biological clocks.